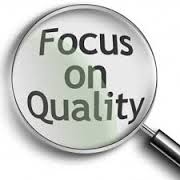 The major issue with registrar DNS services is that they do not specialize in DNS. Service that a registrar offers is an add-on to the registrar’s main function, which is to sell domain names. Since DNS is a core service required to use a domain for any internet related service, the quality of service you should require from your DNS provider is just not possible with a free domain registrar’s DNS product.

Despite the fact that many Registrars have had serious outages and significant downtime as a result, companies still make the mistake in choosing them for their DNS services. These outages are frequent and all too common. Not only that, but many of these large Registrars experience outages time and time again. Some cases in point:

In the summer of 2013, Melbourne IT, who supports the NYT and Twitter, was taken down. I reached out to the NYT to ask them if and why they stayed with Melbourne IT (I wrote about the event, too). They declined to respond to that question.

2013 – In June Network Solutions experienced a “Hijacking” which caused domains registered under Network Solutions to be redirected to different name servers configured to reply differently for those domains. Networking giant Cisco posted about the event on their security blog citing as many as 5000 domains may have been affected.

In July Network Solutions was the target of another attack, this time a DDoS. There are no reports on just how many domains were affected however it was reported that customers of Network Solutions were increasing angry about the lack of updates provided about the status of the services. Cisco wrote about this event as well.

GoDaddy is notorious for outages.

2012 – In September, GoDaddy went down as a result of the failure of their Domain Name Service servers. Many users found that there websites were down as well as their email services. GoDaddy oversees 5 million hosting accounts. At the time of this outage, it wasn’t identified how many of those accounts were affected. But based upon the complaints that flooded the Internet airwaves and went directly to GoDaddy, especially from North America, where the DNS servers were knocked offline, it clearly overwhelmed their  technicians. At one point,  a GoDaddy technician replied, “So many messages, can’t get to you all . . . Sorry to hear all your frustration. We’re working feverishly to resolve as soon as possible.”

Still not convinced? Specific outage events aside, the following is some insight into the major dangers in using your registrar as opposed to a third party provider which specializes in DNS services.

Registrar DNS networks are Unicast, meaning the network infrastructure is made up of either a single (or maybe a few) points of presence in one location. You can think of a Unicast network as a few servers in a single datacenter. If a problem occurs with that one location, there is no redundancy built in to keep the network functional.

Most enterprise third party providers (the only ones you should think about using) operate IP Anycast networks which is a network infrastructure made up multiple geographically distributed points of presence around the world. A network of this nature is fully redundant allowing traffic to travel the most efficient path to the destination.

Due to the Unicast networks used by most registrar DNS services they are by nature less reliable. Service can be prone to outages in the event that a problem occurs at the major point of presence the DNS services are located in. Registrar’s have been known to experience between 5-6 events of downtime per year ranging from an hour to days in length.

Many companies often put their DNS with their hosting provider (often on the same box). Hosting DNS in the same location as your hosting provider creates an issue in itself from a reliability standpoint essentially breaking one of the major rules of setting up any network infrastructure; putting all your eggs in one basket.

The speed at which a DNS query is answered impacts search engine optimization (SEO). A slow DNS network will negatively impact the SEO for your domain. IP Anycast DNS networks have multiple points of presence around and the world and allow DNS queries to be directed to the closest name server to the querying client. This increases the speed at which DNS queries resolve for every request from any location positively impacting SEO. Compared to other IP Anycast DNS providers in the world, DNS Made Easy is still #1 and is usually twice as fast as the competition.

The Gomez Peak Time Internet Usage Study carried out by Equation Research explores precisely why every second counts. Here are three main points about speed that the study highlights:

Google found that DNS speeds are crucial to web traffic, experiments demonstrate that increasing web search latency 100 to 400ms reduces the daily number of searches per user by 0.2% to 0.6%.

Yahoo! Focused on load time in a study presented in Beijing in 2008, they also found that a slow website results in a decline in business. The results of the study showed that a 400ms improvement in load time translated to a 9% increase in web traffic.

A 2006 study by Amazon on speed found that every 100ms of improvement (one tenth of a second), directly correlated to a 1% increase in revenue.
With so many studies producing the same results, it is clear that speed is critical to the success of online revenue for companies. Thus, it must be emphasized that faster speeds mean higher revenue earnings.

With so many studies producing the same results, it is clear that speed is critical to the success of online revenue for companies. Thus, it must be emphasized that faster speeds mean higher revenue earnings.

Registrar’s provide only the most basic features like he ability to define only basic DNS records. At DNS Made Easy we focus on DNS and provide additional features and services that give you the power you need to leverage your service.

DNS can be a complicated configuration for even seasoned professionals. Even the basic process by which DNS functions by caching data can throw you for a loop when attempting to troubleshoot a complex problem. A service at this level of technical nature requires support. Not just “tier 1” support that reads off a script; but fast, accurate, and comprehensive support! Unfortunately, a free DNS service is not going to be able to provide a fast, accurate, or comprehensive support system for their DNS services.

With all of this in mind, it is important to note that so many companies still user their Registrar’s DNS. One reason is because it is free and included in a package offer. Thus, many buyers do not understand that they can offload DNS to a specific DNS service company, like DNS Made Easy. The reason Registrar’s don’t charge for DNS is simple – it is not at the core of their business. It is therefore an afterthought when it comes to what business they do. This is perhaps one of the reasons why Registrar’s don’t typically upgrade or even ensure that their DNS services are reliable. In that case, wouldn’t a free service still provide you a better ROI than any paid service? If cost is your only factor, then the answer would be yes. However after a bit of research about what the important factors really are other than cost, you will see that the answer is no. A free service is not really a free service at all when you factor in the disadvantages of what you aren’t getting. As these cases above indicate, a lot of DNS outages come from Registrars. This causes companies days of downtime, and yet many website administrators fail to understand the importance of outsourcing DNS to a DNS provider. They simply do not know there is an alternative, and this winds up costing their company losses in revenue.