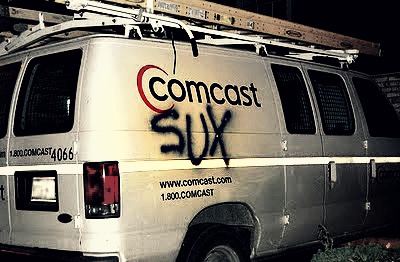 A hardware failure unplugs portions of the West Coast during peak evening hours, reports Comcast on their corporate site.

A downed piece of hardware at one of Comcast’s California hubs failed, toppling their redundancy system by a flood of rerouted data. Comcast claims

DNS is the backbone of the internet, routing IP addresses (like computer phone numbers) to their designated domain name. Internet Service Providers (ISP) like Comcast do this work for you so no one has to memorize those long 10 digit IP addresses. However when the servers that process these requests fail, queries have to be rerouted to other servers in the region.

So what happened with Comcast? Essentially, their failover systems failed because the back-up servers couldn’t handle the abnormal weight of traffic. So much for Plan B.

This sudden influx of traffic is what makes or breaks an ISP or DNS provider. As a result many Comcast customers sought to control their DNS rather than leave it up to their ISPs. In an article by Macworld, they explain how easy it is for everyday users to reroute their DNS provider in as little as six steps.

Now this article only discusses using public DNS servers which are free, but don’t have the same securities or expertise found with paid providers.

With a paid provider like DNS Made Easy, redundancies are guaranteed by 100% uptime over a 13 year history. Contingencies go beyond regional rerouting, to the global IP Anycast + platform.

Don’t wait until the next outage, consider making the switch to a paid DNS provider. DNS Made Easy does all the work for you, so you can keep doing what you do best. Here at DNS Made Easy, we devote all of our time to DNS – this makes our services of the most superior quality, because it’s what we do! It is not an afterthought or some sort of add-on like other internet features. When DNS becomes an afterthought, things like Comcast outages happen.