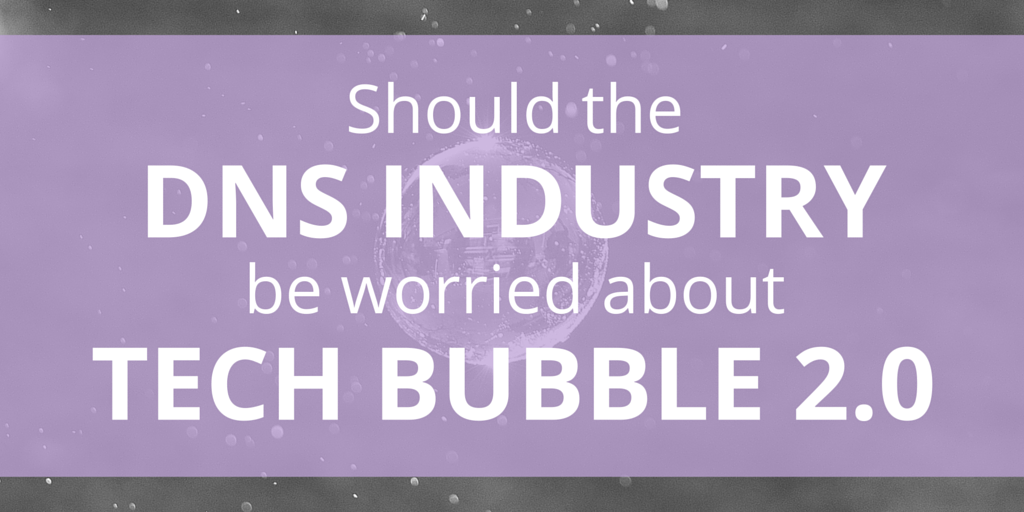 The Internet has been abuzz with recent concerns over the “tech bubble 2.0”. While it’s solely based on speculation, it begs a second look. Over the past few months, we’ve seen a rise in new clients, specifically from startup companies that are VC-backed. President of DNS Made Easy Steven Job has correlated this growth with a recent push from VC’s to decrease burnt-rates. As the funds dry up, these companies will be unable to continue throwing money around, especially at overpriced DNS solutions.

Some of the companies that recently moved over to our services have shared with us their reasoning for converting. One explained that they needed a more affordable DNS management solution, having previously used on-prem DNS which can cost hundreds of thousands per year (check out more of the differences here). There are many concerns with on-prem DNS systems, mostly because these systems rely on a single geographical point of failure.

Will history repeat itself?

Finance and business experts have long anticipated a second tech bubble, as a result of the grossly high valuations of startups that are rarely met. There are also a handful of other indicators that mirror the rise and fall of the dot-com boom that marred the early 2000’s. According to Inc Magazine, “historically bubbles have occurred when… the last money in is highly unlikely to realize a return that justifies the risk it has taken.” (Source) And now, some experts are actually predicting this tech bubble to burst in 2016.

Some analysts have taken to correlating the downward trends in leisurely activities as an indicator of the imminent bubble burst. The most notable of studies tracks ping pong table sales as an indicator of the startup tech market in San Francisco. (Source) While this may be a stretch, the allocation of resources away from leisure, and presumably into R&D, may indicate a sinking trend for these startups.

These new apprehensions are forcing VC funded companies to reevaluate their spending and redirect their resources into more affordable services. Some of the largest expenditures amongst tech startups with large global audiences go to supporting infrastructure. While DNS may not be the first expense that comes to mind, usually it’s when things go wrong that people learn about proper DNS management. Many of these startups spend too many resources on optimizing the frontend and UX. It’s only when they incur a DNS outage or slow down, that they begin to revamp their backend processes.

DNS is essentially the backbone of the Internet (see it in action here), commonly referred to as the “phone book” of the web. This system allows you to type in a domain name and be directed to your desired website, without having to remember long IP addresses. While this system may sound relatively simple, it requires consistent management and optimization in order to work efficiently. Many organizations are under the guise that DNS management has to be costly in order to get the best performance. However, if you choose to outsource, then the costs are cut drastically because you don’t have to support the infrastructure or pay to maintain it.

Many of the top tier managed DNS providers are VC funded, some still offering “freemium” services. The problem is, these companies don’t realize that they need to become profitable until it’s too late. “Many have already exhausted the majority of their resources in the wrong places at their networks’ expense. Inevitably, they are unable to keep up with the competition and either collapse under an attack or fail to maintain performance standards,” says Job.

DNS Made Easy has remained steadfast in its mission to remain a private company, completely reliant it’s own profits for sustainability, with no outside funding. The company also refuses to hire a sales team, unlike the majority of VC-backed companies, which invest the vast majority of their funding on marketing related expenses. Job asserts that his decision to focus on organic growth has not only kept prices down but gives clients total pricing transparency, without having to haggle with a sales representative.