Skip to content
Home  /  Blog  /  The Dark and Dirty Side – Inside the World of DNS Sales: Preying on Our Vulnerabilities 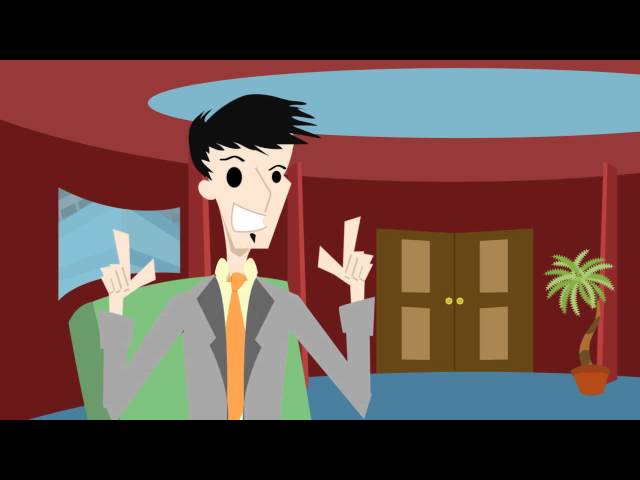 With in-depth interviews with our president, Steven Job, who has been in the DNS industry for 13 years and remains committed to transparency with his clients, this series – The Dark and Dirty Side – Inside the DNS Sales – will explore and reveal the dirty, dark side of DNS sales. Job has seen it all, and wants to share his thoughts on how unethical and immoral sales tactics can be in the IT world and more specifically in the DNS milieu.

This post doesn’t just apply to the IT sales world or the DNS sale world – sales people, at least the sleazy ones, prey on a person’s vulnerabilities. And the higher the stakes, the savvier they are at doing just that, and thus taking advantage of a person. (While I am loathe to say that these folks are savvy, I suppose they deserve some credit, even though their selling tactics are cringe worthy). We have all had an experience with a sales person in which we later realized we were swindled. It leaves a raw feeling in the gut, it’s that kind of experience. The bitterness is akin to betrayal, most likely the questioning of your own decisions – a sense that you betrayed yourself by allowing someone else to take advantage of you. This is never a good feeling.

So, what happens when you have IT staff who are preyed on by sales people, especially when it comes to DNS sales?

This, naturally, puts your business at risk, particularly when it comes to DNS services. And the stakes are high, because so many companies in the industry overcharge for poor, underperforming DNS services. In many cases, DNS is just an add-on to the company’s main products, a mere afterthought that isn’t properly tended to, and yet is still sold at an absurd price. Here’s a note to folks – just because it costs more, doesn’t mean it’s better! That is definitely the case when it comes to DNS Made Easy’s services in comparison to the cost and quality of other DNS service providers.

When it comes to DNS sales I wanted to know: “What vulnerability is most common among potential buyers of DNS services?”

I asked Job what he thought was the easiest vulnerability for DNS sales people to prey upon. He is, after all, an IT guy, so he has some knowledge on this front about how these folks operate.

“That’s right. I’m an IT guy, so I understand the type, because I am the type!” Job said while laughing heartily. “I mean, IT people are just like anybody else, meaning they can have different personality types. That said . . .,” Job said with a big grin, “there is a particular type of IT personality, and I know this because I can relate to these people. So, yeah, you might say that these folks are stupid, but that’s not fair to say. As I have said over and over again, and it’s something we’re driving home in these pieces, these folks are preyed on. It’s that simple. They are preyed on, and I think that’s unfortunate. I think the worst form of this type of preying is when a sales person tries to act like a buddy, a good, good buddy, like, the person’s best friend.”

“What does that look like?” I ask, but I have a feeling I already know what he’s going to say.

“Well, it isn’t pretty,” Job laughs again, but then he becomes serious. “Yeah, it isn’t pretty. As I have said previously, there are practices in which a sales person will try to act like the person’s best pal, when in reality that isn’t what their after. Nevertheless, they will schmooze with them and the company will end up paying a huge price for golf outings, expensive dinners and . . .” Job pauses, “even more inappropriate outings that I won’t go into detail about here. It’s just absurd.”

“At DNS Made Easy, we don’t have to prey on a person’s vulnerabilities to get them to buy our DNS services. We just prove to them, with great evidence, like Solve DNS’s recent finding that we’re the fastest in the industry here in the US. That is just one of many examples that prove we’re on top of the game and a leader in this industry. So, no gimmicks here.”

Stay tuned for the next piece titled, “How Do People People Determine Their DNS Provider?”