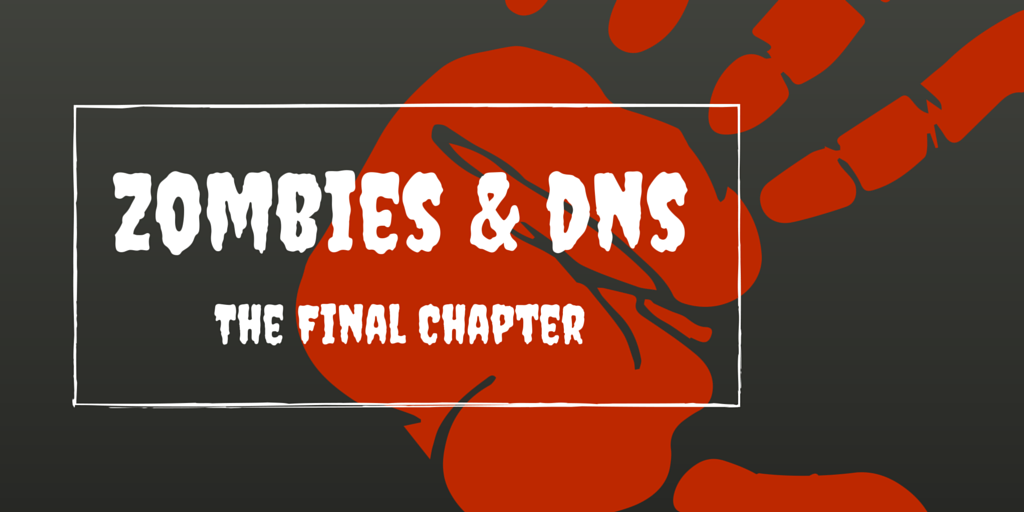 So you’ve made it this far, you’ve prepped, you’ve defended, and now it’s your turn to squish some brains and change the score. Taking the offensive when it comes to DNS requires a different kind of brawn than most expect. Rather than smashing skulls, the best way to handle an attack is to disperse the hordes, redirect certain amounts of traffic from one location to another. You can do this by balancing the load and using smart redirection, which when used properly, you can end up not having to lift a single weapon.

So we’re finally getting to answer that question we asked way back in the syllabus to this course… what do you do when a zombie hoard takes down an entire region? Well first of all, you should always have multiple PoPs per region to make that is as improbable as possible. Second, if an entire region is down, no fear! Because on the DNSME network we have a dozen more locations, each with dozens of name servers ready to handle all your query traffic.

The Global Traffic Director is like your quarterback when you’re playing on the offense. Like a QB, the GTD tells the traffic/players where to go so that the load is shared among as many servers as possible. This minimizes the threat of DDoS attacks being successful as these attacks work by flooding servers until they eventually fail under the pressure.

To supercharge your offense, you can pair the Global Traffic Director with Round Robin or even Weighted RR. Simply put, RR evenly distributes the traffic load across all the nearby PoP’s in order to disperse the impact of the attack. Weighted RR allows you to specify preconfigured weights for each server. This is extremely useful when you have one server that has a larger bandwidth capacity than others, so you can direct more traffic to the stronger servers. So when you’re under attack, make sure you have both the GTD and Round Robin already preconfigured to breakup the hoards of zombies into manageable groups. So put down that pitch fork, and get started with your free DNS Made Easy trial today!