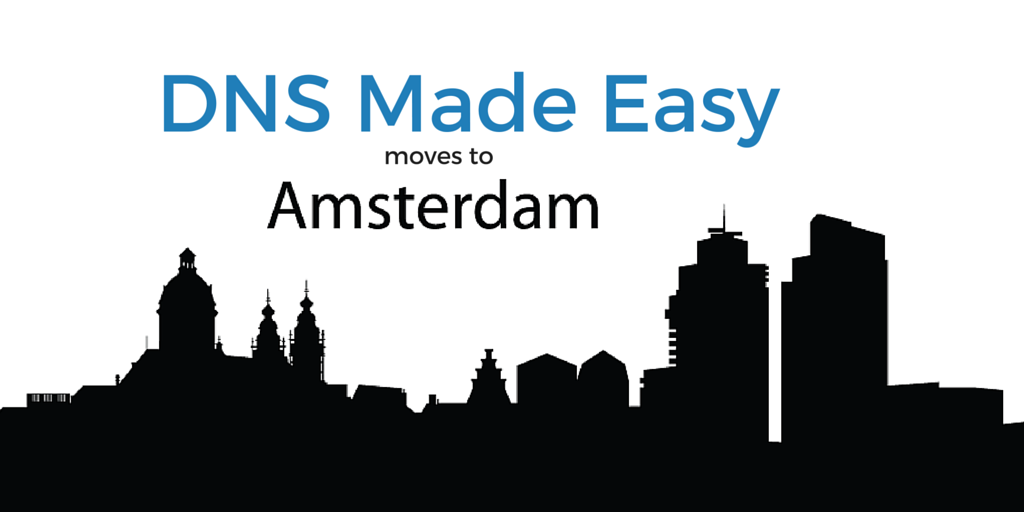 After recently opening two new points of presence (PoP) in Tokyo and Singapore, DNS Made Easy is proud to announce the expansion of their network in Europe to include Amsterdam, Netherlands. This new addition to the IP Anycast+ network will drastically reduce resolution times and create additional layers of security to ward off DDoS attacks.

Reston, VA; October 29, 2015 — This week, Amsterdam welcomes DNS Made Easy’s IP Anycast+ network. This expansion marks the 16th point of presence (PoP) in the network after opening Singapore,  the same week. The new PoP won’t just boost connectivity for just Amsterdam, rather it will slash resolution times for all users in the European region.

This newest addition to the network is part of DNS Made Easy’s continuing initiative to create as many possible layers of redundancy to their self-healing IP Anycast+ network. Further, the expansion will also apply to their sister company, Constellix, a cloud-based traffic management suite.

According to the former Radio Netherlands Worldwide (or Wereldomroep), Amsterdam is the most popular internet hub in the world and boasts high profile customers such as Microsoft, KPN, Google, and Facebook.  In response to this spectacular growth in Amsterdam, largely due to video streaming, DNS Made Easy is launching this expansion initiative. Amsterdam recently broke through the barrier of 300,000 terabytes of incoming and outgoing internet traffic, reaching a peak of 1.5 TB per second.

Further, the Netherlands holds bragging rights to one of the safest places for internet surfing (ranking in the world’s safest countries based on computers infected with viruses), top speed, and exceptionally high social media representation.

Chief Technology Officer of DNS Made Easy, David Miller, asserts, “It was no question, we had to establish a larger presence in Europe, namely Amsterdam, being that it’s the second most populous internet exchange point [in the world.]”

In adhering to its rapid growth initiative, DNS Made Easy has proposed two additional Points of Presence for the near future in Bombay, India and São Paulo, Brazil.