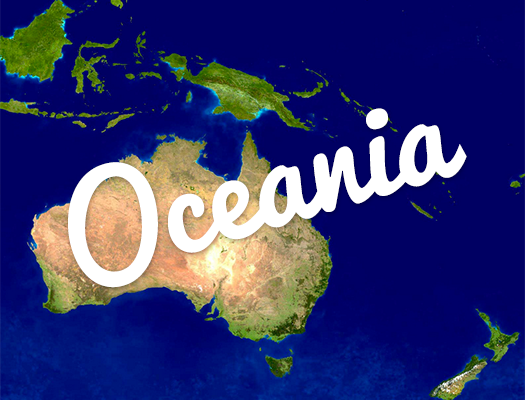 The addition of the Oceania region will provide increased speeds and better services for end users in Australia and New Zealand. The new region allows for finer tuned control of DNS configurations in that section of the world.

DNS Made Easy, the world leader in IP Anycast DNS services, recently added a new region defined for the DNS Made Easy Global Traffic Director (GTD) service. Oceania will allow DNS Made Easy clients that have the GTD service enabled to create custom DNS configurations that will only be seen for end users in that section of the world.

“This new region will help grow our GTD usages and provide better services to our clients,” said Steven Job, president of DNS Made Easy, which has a 14-year leading up time, the best in the industry. “At DNS Made Easy we are continuously investing in our core network, and adding this new region to our GTD configuration abilities is part of that plan.”

After a year of managing and running a network in that part of the world, the DNS Made Easy team was confident the company could offer a GTD region for Oceania. The updated region offers new replication systems used to mirror the DNS data configured, which replicate the new zone configurations to the 60+ name servers configured in that region.

“Over the past year our team gained the intelligence and experience they needed to know, so we are confident the correct traffic would be answered for end users in that region,” Job said. “Unlike competing geo-location DNS services, DNS Made Easy has huge rates of success in predicting which DNS configurations are answered by which region.”

DNS Made Easy system administrators undertook this large project to calibrate the hundreds of name servers in Asia-Pac and Oceania so each name servers in Oceania were reconfigured without notice or drop in speed to the end-users of the Oceania region.

In addition, this upgraded routing provides global load balancing, multiple levels of redundancy, decreased latency, and a true distributed response to denial of service (DoS) and DDoS attacks. The system also utilizes the best server location to respond to queries, which results in a faster response time.

“A network of this nature is fully redundant allowing traffic to travel the most efficient path to the destination,” Job said. “This multi-level redundancy architecture means less downtime, faster responses, and greater accuracy for GTD responses.”

DNS Made Easy currently ranks as the fastest global Anycast provider in Australia. This upgrade confirmed the level of accuracy DNS Made Easy will have for its users.

“The end result of this change is DNS Made Easy customers using GTD will now be able to create DNS records specific to Oceania, rather than having this region bundled in with APAC,” Job said. “This will allow customers full control over DNS traffic in the Oceania region, separate from APAC. It will commonly be used to direct end users in Oceania to servers in that area, making for better service overall for end users in the region.”

DNS Made Easy is continually investing in features and performance upgrades to provide our users the best return on investment in the industry. In 2014, DNS Made Easy upgraded the infrastructure in its San Jose facility, which aided in the inauguration of DNS Made Easy’s launch of its newest Seattle PoP. Clients saw increases in speed in the Northwestern United States, and increased safety and network redundancy due to the upgrades. In the next month DNS Made Easy plans to finish their launch of their Japan point of presence.