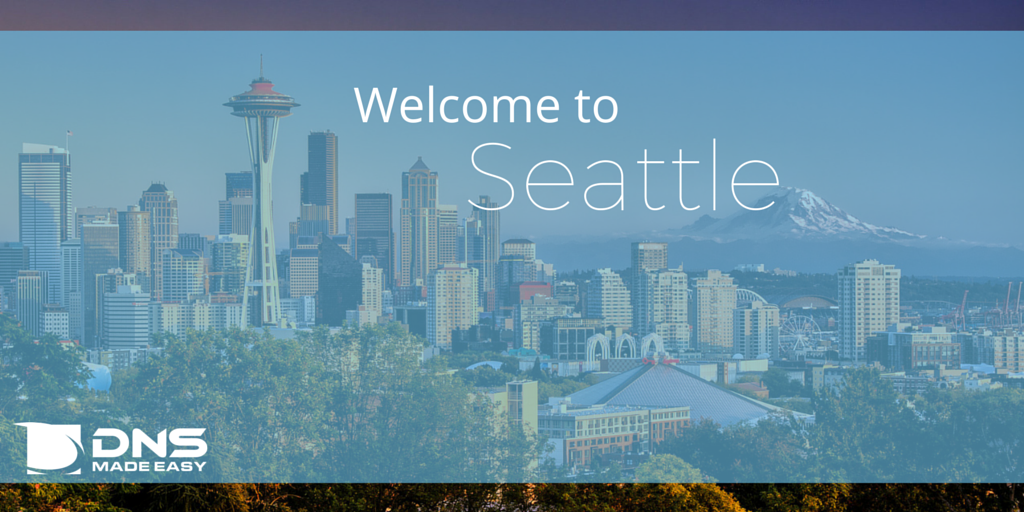 DNS Made Easy, the world leader in IP Anycast DNS services, recently completed their initial installation of a new Point of Presence (PoP) in Seattle, Washington.

Seattle is DNS Made Easy’s newest deployed PoP that increases their Mega-PoP list to now 13 facilities with Tokyo, Japan expected to be added in the coming months. The new Seattle PoP is expected to respond to DNS requests for DNS Made Easy customers in the Pacific Northwest area of the United States.

DNS Made Easy network administrators expect the new PoP to cut DNS response times in the region by approximately 30 milliseconds. The reduced time will come in the form of answering DNS requests that would have otherwise been routed to their San Jose servers, which would add response time due to the geographical distance.

“At DNS Made Easy we are continuously investing in our core network,” said Steven Job, president of DNS Made Easy, which has a 13-year leading up time, the best in the industry. “A network of this nature is fully redundant allowing traffic to travel the most efficient path to the destination.”

In addition to increasing capacity for the DNS Made Easy West region, the Seattle location makes the 13th city where the company’s DNS is routed. More locations mean a better foundation for the company’s DNS services, e-mail, authentication and authorization, and necessary storage systems and databases.

The DNS Made Easy IP Anycast+ network is a proprietary network infrastructure made up of multiple geographically distributed PoPs around the world connected with DNS Made Easy layer two network.

“DNS Made Easy has continually been at the DNS forefront during our 12 year history,” Job said. “This can be verified by their top speeds and uptime. We often crush competing services that are exponentially more expensive with faster speeds, higher uptime, and a higher reliability of service.”

“DNS Made Easy is continuing to grow at record-breaking levels and we require a continual investment in the worlds strongest DNS network,” Job added. “DNS Made Easy constantly researches, upgrades, and redesigns their network to exceed industry standards. With 100% of network management being handled in-house, DNS Made Easy can dictate higher standards and better service.”

DNS Made Easy already states that roughly 70% of their traffic they expect to hit Seattle is already hitting their new PoP. They fully expect that near 100% of the Northwestern regional DNS queries to end at the Seattle PoP by the end of the month.

For more information about the Enterprise DNS services of DNS Made Easy, visit http://social.dnsmadeeasy.com.