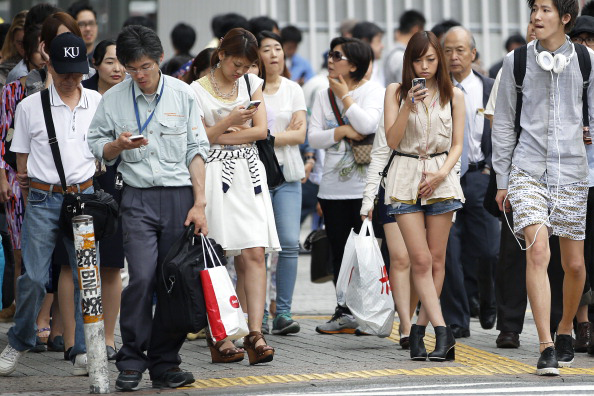 The Asia Pacific area has become a crucial location for online-based companies. According to a recent study by comScore, “41 percent of the online audience is in Asia Pacific, making it the largest internet region.” In order to accommodate the high density of traffic, DNS Made Easy has capitalized on this key area.

DNS Made Easy’s investment into the region will allow customers to become better secured, backed by their industry record 13-year 100% uptime. All the while, bettering user connectivity and customer experience.

ComScore also found that the Asia Pacific region is rapidly growing, with a massive 22 percent increase in daily internet users in just one year. In Japan alone, the online population surged by “18 percent to 68.3 million” users a day.

The Asia Pacific region has become known as one of the most tumultuous markets, leading to unstable connectivity and performance. Therefore, DNS Made Easy has made this area a top priority, beginning with establishing a POP in Hong Kong, and now expanding into Japan.

In Tokyo, internet usage has spiked with a recent surge in smartphone usage. Smartphones have become the newest, and fastest growing market for DNS providers. While Japan has lagged in number of smartphone users over the past decade, according to a study by Statista, “The number of users increased significantly from 19 million in 2011 to more than 50 million in 2013.” Experts anticipate that this trend will continue, projecting “there will be almost 89 million smartphone users in Japan by 2017.”

In order to accommodate this massive influx of internet usage, it’s become critical to ensure the most reliable connectivity and effective management of internet performance. “Since we’ve added the new POP,” says President of DNS Made Easy Steven Job, “Connectivity has improved along with stabilized DNS performances. This is a huge leap for the Asia Pacific region.”

The Japan POP joins the list of 14 other cities where DNS Made Easy has already established POP’s over the past 14 years. “This is part of our global initiative to increase the reach of the most reliable DNS platform in the world,” says Job. The company’s massive international presence enables users and businesses to optimize their online presence. Now, customers will be able to access Asia Pacific servers and websites at a fraction of the time.

However, speed isn’t the only factor. While speed might be the selling point for many on why POP’s are crucial to an Anycast+ network, these locations also increase reliability. President of DNS Made Easy, Steven Job reminds customers that, “In recent years, DDOS attacks pose as imminent threats to all networks—regardless of size.” POP’s increase the redundancy of a network by adding yet another fallback in case one of the network’s many servers goes down.

Another benefit to taking advantage of the many DNS Made Easy locations is the use of the Global Traffic Director. By using the proprietary IP Anycast+ technology of DNS Made Easy clients can drastically decrease the amount of latency between a client and their servers. The Global Traffic Director provides clients the ability to uniquely respond with certain DNS resolution dependent on where their end users are querying from.

The POP in Japan was actually a direct response to customer requests. Job responded promptly saying, “We are dedicated to providing every need, whatever best fits our customers. We intend to expand even further, with our next scheduled POP’s in Singapore and Amsterdam.” The two new POP’s are anticipated to launch Q3 2015.”