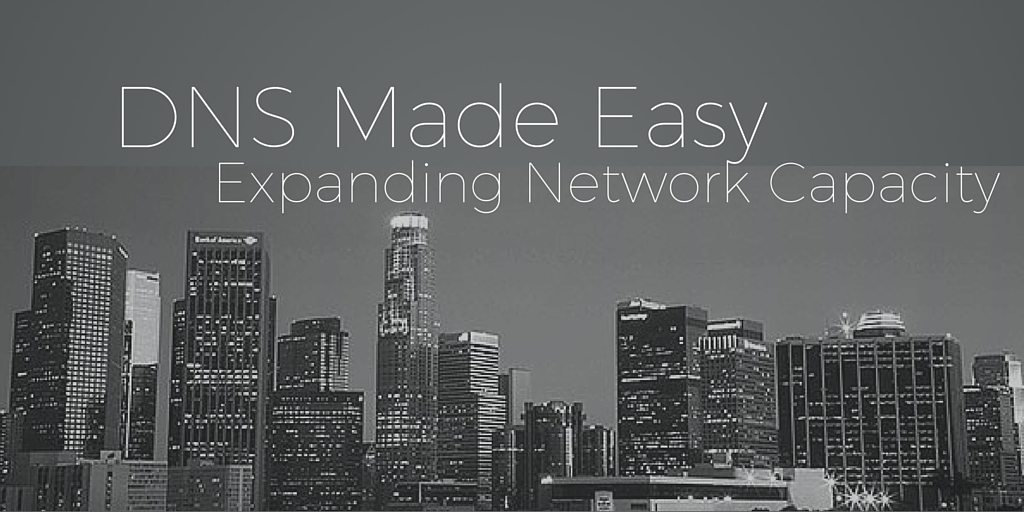 Asia-Pacific is widely known as a major source of DDoS attacks worldwide. In Q1 2015, China was the top country producing DDoS attacks according to a recent report analyzing DNS security. The same report has listed the United States as the number one target of such attacks, peaking at 40.26% target frequency for DDoS attacks in Q1 2015. DNS Made Easy has prioritized increased server capacity within facilities in close proximity to Asia-Pacific to ensure any attacks will be adequately managed.

In response to these recent surges in attacks, DNS Made Easy is executing every possible measure to guarantee users will not experience either delay or downtime as a result of an attack. DNS Made Easy uses an IP Anycast+ network which balances query traffic across 14 PoP’s worldwide. When it comes to handling an attack, facilities must have high enough capacities to not become overwhelmed by the rapid influx of traffic. Therefore, the Los Angeles PoP will become the harbinger facility in the DNS Made Easy network undergoing capacity increases to maintain the industry’s top speeds and 100% reliability.

DNS infrastructure has remained steady over the last decade, however cloud-based services are constantly changing.

“Our facilities have to be constantly monitored and updated to maintain our high standards of speed and reliability,” says CTO of DNS Made Easy Dave Miller. “Our facilities house state-of-the-art equipment designed to handle DDoS attacks even greater than 200 gbps.”

Miller is referring to a DDoS attack that DNS Made Easy mitigated back in 2012 in which they handled the largest recorded attack of its time with no noticeable affects to end-users.

Even three years later, an attack of this magnitude is still difficult to equal, let alone mitigate without an IP Anycast+ network and airtight infrastructure like DNS Made Easy. As with any internet-based industry, security is constantly changing to meet the challenges of DDoS attacks and hackers. Los Angeles is kick-starting DNS Made Easy’s initiative to reevaluate and upgrade their facilities to always stay ahead of threats.

DNS Made Easy is a subsidiary of Tiggee LLC, and is a world leader in providing global IP Anycast+ enterprise DNS services. DNS Made Easy implemented the industry’s first triple independent Anycast cloud architecture for maximum DNS speed and DNS redundancy. Originally launched in 2002, DNS Made Easy’s services have grown to manage hundreds of thousands of customer domains receiving more than 15 billion queries per day. Today, DNS Made Easy builds on a proud history of uptime and is the preferred DNS hosting choice for most major brands, especially companies that compare price and performance of enterprise IP Anycast alternatives.