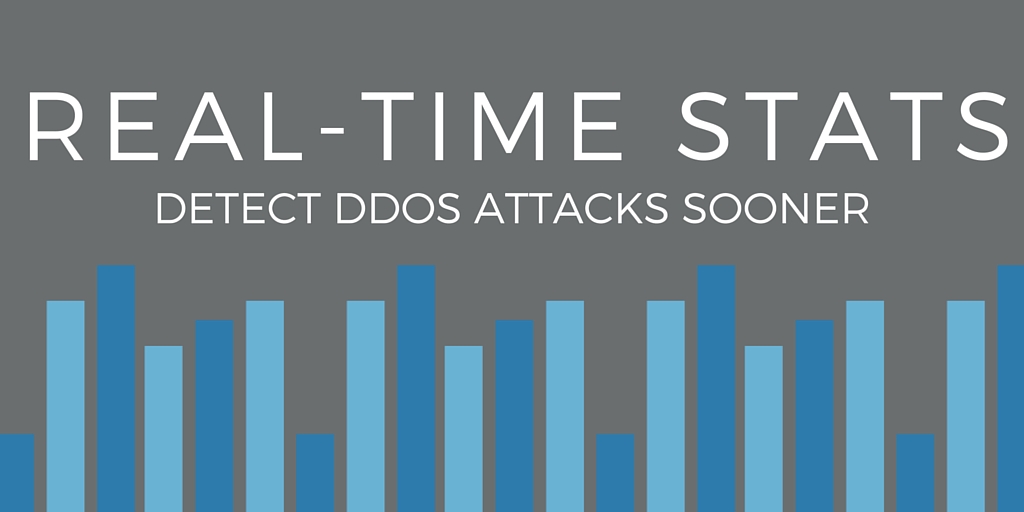 Real-Time Statistics (RTS) was launched just three months ago, exclusive to DNS Made Easy users and already clients are reporting that they’re able to more efficiently thwart DDoS attacks. Users are reporting that after they had suffered an attack, they all found that RTS had proved a helpful tool for fighting off attacks and limited the effect on their network.

DDoS attacks have risen at alarming rates in 2015 alone, with a 132.43% increase in total DDoS attacks from Q2 2014 to Q2 2015 according to a recent report. The bulk of these attacks originating from China, with the most attacks being targeted at the United States. In order to fend off these attacks, administrators require instant analysis of the current state of their network.

This is where RTS comes in, allowing clients to view their domain’s query data in real time across all of DNS Made Easy’s name servers worldwide. This feature has become renowned for displaying up to the minute fluctuations in query traffic, allowing administrators to quickly detect possible threats. Fully integrated into the DNS Made Easy platform, users can assess these threats using RTS analytics and develop an immediate course of action that can be implemented within the same interface.

“Over five thousand users are already using RTS on a weekly basis,” says President of DNS Made Easy Steven Job. “RTS has become the go-to monitoring tool for administrators,” as the dashboard alone provides automated query reports updated in real time. Reports can be viewed in either Chart View or Tabular View. The most popular has been Chart View which appears in the initial load screen, immediately making any spikes visible to the user. Users are already reporting that RTS has enabled them to see impending attacks and thwart them before they’ve become a real threat.

Real-Time Statistics are available to all DNS Made Easy memberships and are included in the free 30-day trial. Sister company, Constellix, has also launched RTS which is available for free while in Beta.

About DNS Made Easy
DNS Made Easy is a subsidiary of Tiggee LLC, and is a world leader in providing global IP Anycast+ enterprise DNS services. DNS Made Easy implemented the industry’s first triple independent Anycast cloud architecture for maximum DNS speed and DNS redundancy. Originally launched in 2002, DNS Made Easy’s services have grown to manage hundreds of thousands of customer domains receiving more than 15 billion queries per day. Today, DNS Made Easy builds on a proud history of uptime and is the preferred DNS hosting choice for most major brands, especially companies that compare price and performance of enterprise IP Anycast alternatives.