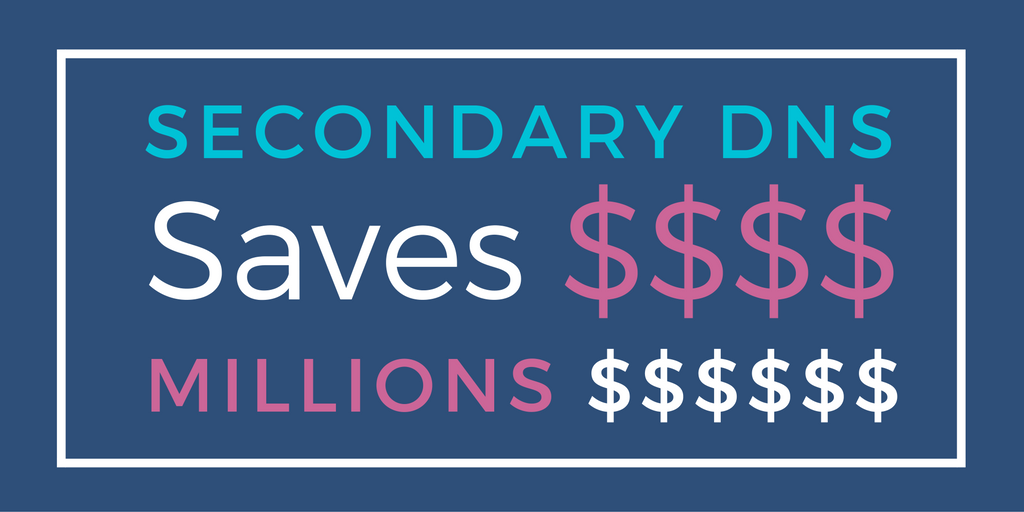 DNS Made Easy experts conclude that having a secondary DNS provider could have save brands hundreds of millions of dollars during last month’s massive East Coast outage.

Last month, a major DNS provider suffered over three hours of downtime after it was hit by a DDoS (Distributed Denial of Service) attack. Hundreds of top domains from video streaming services to retailers were unavailable on the US East Coast, parts of Europe, and in clusters around the world. Even though no official estimates were released by the downed provider or affected domains, the experts at DNS Made Easy were able to extrapolate the estimated cost of the outage.

“Our team analyzed the affected domains and conducted extensive research of past outages. In the end, we were able to extrapolate the amount of revenue lost to a couple hundred million dollars,” says President of DNS Made Easy Steven Job.

While it is still too early to pin down an exact number, it is safe to say that these estimates could very well be an understatement. The downed provider claimed to offer DNS services to dozens of the top domains, each with estimated losses in the tens of millions over the course of the three-hour outage. Just a few months ago, Amazon had suffered a 20-minute outage that cost the retail giant an estimated $3.75 million. According to IDC, a single outages can cost businesses between $82,200 to $256,000.

DNS Made Easy has urged all organizations that are dependent on the Internet for revenue to add a secondary (or even tertiary) DNS provider to their configuration. Secondary DNS has been proven to save clients revenue, even when their primary provider is offline.

DDoS attacks have become a very real threat, even to smaller businesses and industries that usually have not been popular attack targets in the past. According to a recent report by Verisign, there was a 75% increase in attacks just in the last year. Secondary DNS can ensure 100% uptime and even improve the performance of your domains on a global scale.