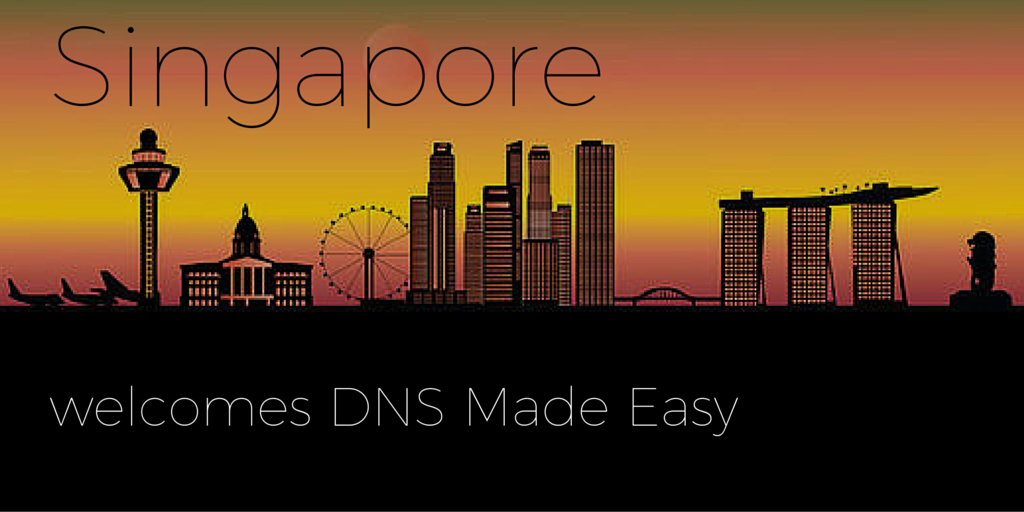 Shortly after opening new points of presence (PoP) in Tokyo and Sydney, DNS Made Easy announces the expansion of their network in the Asia-Pacific region to now include Singapore. This new addition to their IP Anycast+ network will increase both resolution times and create additional layers of security against DDoS and related DNS attacks.

Following the release of DNS Made Easy’s 16th PoP, users in the Asia-Pacific region will be able to experience better connectivity as soon as the end of this week. The Singapore PoP is being released the same time as engineers unveil a new location in Amsterdam, Netherlands, as part of DNS Made Easy’s initiative to create as many possible layers of redundancy to their self-healing network. The new PoP is housed in a state of the art Equinix data facility, one of the top tier data providers in the industry.

This new addition was accelerated due to recent research which shows that there has been a 132% increase in DDoS attacks in the last year, with 37% of the attacks coming from China in Q2 2015. In order to combat these growing statistics, DNS Made Easy has been bulking up their presence in Asia beginning with building points of presence in Sydney, Tokyo, and now Singapore.

“Southeastern Asia has become a crucial market for not just tech companies but businesses reliant on ecommerce,” says President of DNS Made Easy Steven Job. “Every business, whether new or longstanding, needs to establish and maintain a presence here as the region continues to grow.”

Singapore has recently been named the next Silicon Valley of Asia, prompting a need for businesses to invest in not just the Asia-Pac region but it’s hub in Singapore. A recent survey states that there are over 4 million people actively using the internet in Singapore alone. In the Asia-Pacific region, users soar to over a billion internet users as of January 2014. That same year reports showed that nearly 3 billion people were active online, meaning that one third of online traffic is originating from the Asia-Pac region.